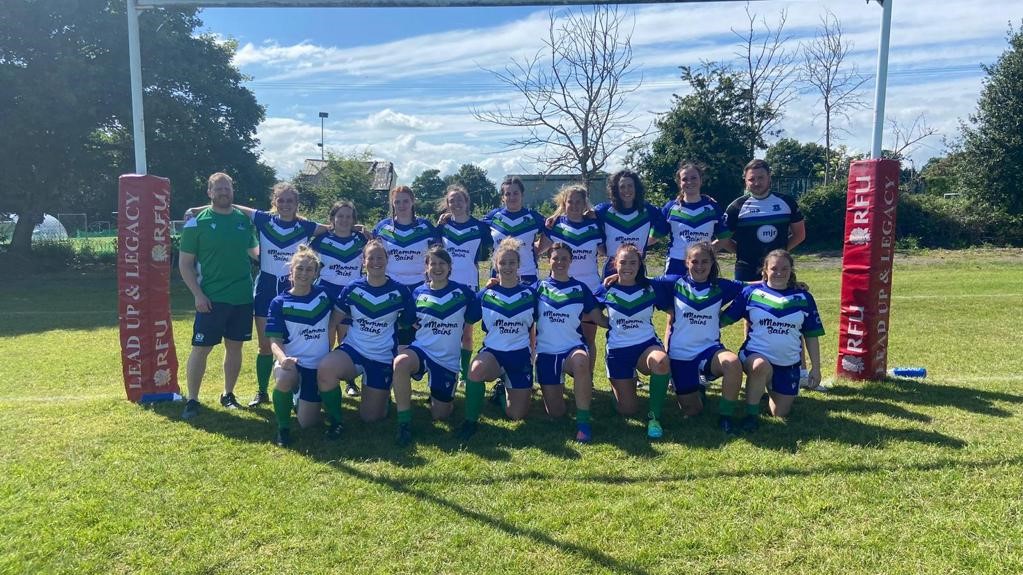 Nottingham Outlaws Women travelled to Leamington Royals on Saturday and came away with a superb 44-12 victory.

The result of the match was never in doubt with the Outlaws leading 22-8 at half time and they continued to dominate the second stanza from start to finish closing out the game to register an emphatic 44-12 victory.
There were plenty of Outlaws players registering a score for the club with Vickie Harvey grabbing a fine brace of trys and Nikki Hudson, Kayla de Beer, Helen Ryan, Jo Lumb, Grace Morrison and Rhianna Burke all grabbing a try apiece.
Sharp shooter Grace Tolmie put on a great display of kicking, converting no fewer than 6 out of 8 attempts at goal.
There were plenty of the Outlaws heroes in with a shout for the Player of the Match award but the bubbly deservedly went to Vicki Harvey with a superb afternoons work at the office on attack and defence.
After the game ebullient joint coach Stew Readhead was full of praise for his charges adding ” It was a pleasure to see the rewards for all the hard work they’ve all put in to get this team to work! Our new players have started to look more experienced and comfortable with the game whilst the players who have more games under their belt stepped up and led from the front”
Indeed Readhead was keen to congratulate individuals adding “from organised defence to spectacular tries it was a fantastic team performance.Vicki Harvey should be proud of her player of the match award, there were a wealth of players in the running for the accolade.
These players are developing into a force to be reckoned with on an RL pitch!”