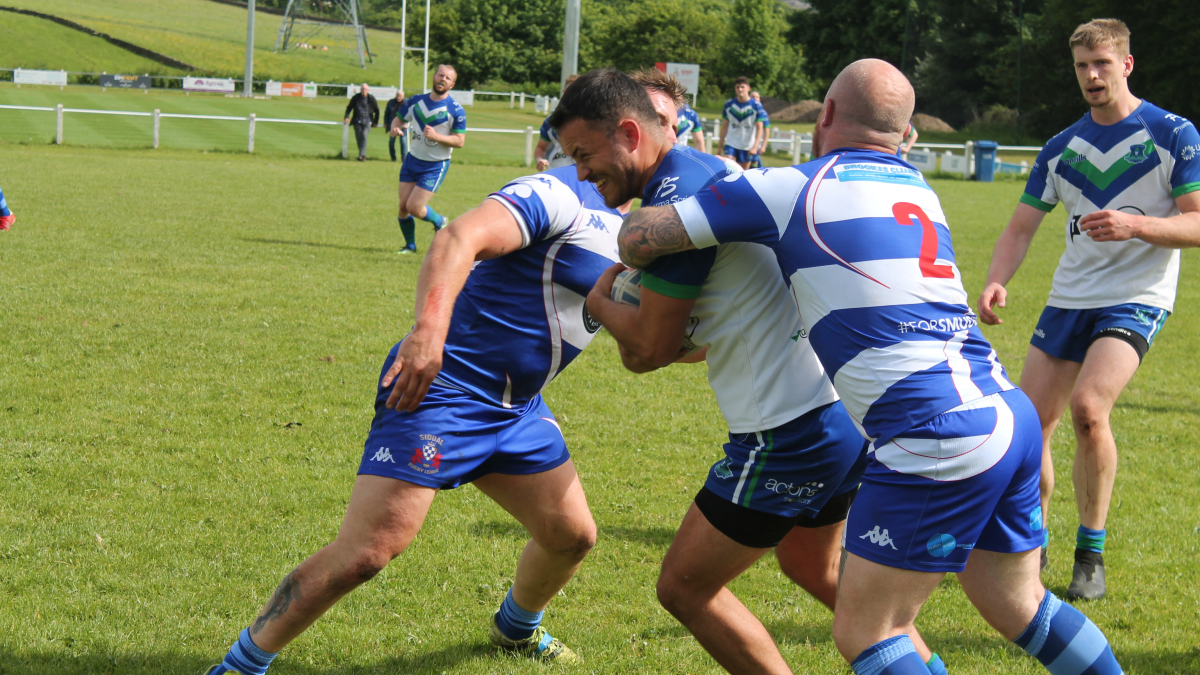 Nottingham Outlaws travelled to current champions Siddal on Saturday with a much changed team containing four players making their debut and despite some encouraging signs they were always on the back foot against a slick-handling home outfit before ending up on the wrong end of a 54-12 defeat.
The team that traveled north contained no fewer than eight changes to the 17 that had held Fryston to a draw the week before with Mike Anderson, Oscar Wells, T J Brookdyk and Hugo Kelleway all pulling on an Outlaws jersey for the first time.
The makeshift Outlaws team soon showed their lack of preparedness when they failed to gather the ball having held out the fast moving home side in the opening six tackles and in the repeat set Siddal swept through some weak defence to open up a 6-0 lead with two minutes on the clock.
Despite the poor start the Outlaws began to at last gel as a unit and with fifteen minutes played they drew level when Adam Cunliffe shot through a gap before  feeding James Amachree who ran in from twenty  meters out. Harry Walton added the extras to make it 6-6 and it seemed like the Outlaws might be in with a shout!
Any thoughts of the Outlaws taking anything from the game were soon extinguished when once again some weak defending down the middle, a recurring feature of the game, allowed Siddal to sweep in for no fewer than four unanswered trys as the home side built up a commanding 28-6 half time lead.
The second stanza started pretty much where the first had left off, with Outlaws struggling to complete sets which saw them rarely get to the final kick and in return they started to leak points as the home side scored four more trys to build up a 48-6 lead.
Despite being under the cosh for most of the second half the Outlaws did manage to hit back and once again it was player coach Adam Cunliffe that did the damage, breaking the Siddlal line before passing out wide to Amachree who set off down the wing. There was still plenty to do when the home defence closed in but a nice inside ball from Amachree found captain Coryn Ward in support and the hard working second rower swept over for a well worked try and in doing so cemented himself as the man of the match for the second week running!
Harry Walton added the extras to make it 48-12.
As the clock ticked down Siddal managed to hit the half century mark, scoring at the death to close out the game at 52-12 and once again the Outlaws had been well beaten on the road although to be fair, they had matched the home team for several periods in the game but  suspect defence down the middle was always likely to be their downfall.
The Outlaws now have the luxury of two weekends off before they travel up to New Earswick on the 11th June.