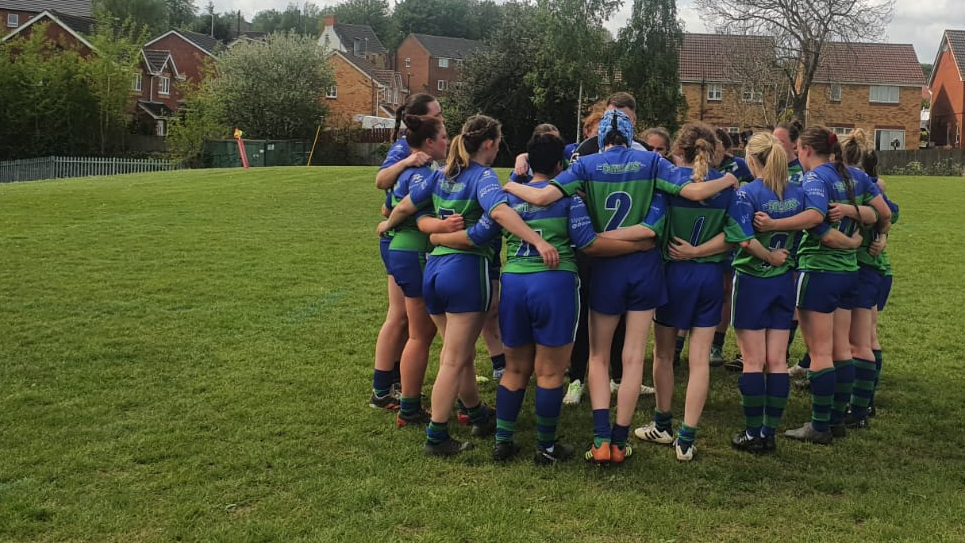 The Outlaws Women’s team took to the field for the first time this season in a bruising encounter with League One side Sheffield Eagles.

Nottingham had no less than 14 players on debut and were captained by club stalwart Violet Coppin who guided the team around the park as part of a new half back partnership this year with Grace Tolmie.

Sheffield started strongly on an extremely warm afternoon as they struck first blood with a try in the first set of six from kick off.

As the Outlaws started to settle into the game the Eagles struck with a quick fire double to make it 16-0. An outstanding defensive display from Fullback Helen Ryan throughout the game helped to keep the Nottingham within touching distance before GB Teachers representative Danni Solly, on debut, crashed over for her first of the afternoon after the forwards set the platform for a shift play out to the left.

A special mention to Izzy Mann and Rhizzi Lord both playing their first ever game of either code of rugby – they were outstanding on the left side of the field with Mann coming so close to her first ever try in Outlaws colours only to be tackled into touch with a last ditched effort.

The Eagles then showed their experience as they ran in a couple more tries before the break to make it 34-6 at half time.

The Outlaws came out firing in the second half and came close on a number of occasions only to be held just short. A solid defensive effort from forwards; Bethany Allcock, Danni Solly, Ash Prescott and Katie Moore kept Sheffield pinned in their own half.

A mistake on the Outlaws right edge allowed the Eagles to regain momentum before Kayla De Beer forced Sheffield mistake from a kick off with outstanding kick pressure. This laid the platform for Solly to go over for her second of the game. As the half went on the Outlaws picked up a couple of injuries with Kendra Langton and Izzy Moore sidelined leaving just two substitutes left on the bench.

Not to be deterred however the Outlaws rolled down the field with Liv Crowther, Vicki Harvey and Ellie Turner rotating in the dummy half position confusing the Sheffield defence. They shifted the play down the field and won a penalty which Solly tapped from 15 metres out to go in for her third try of the game rounding off the Hattrick.