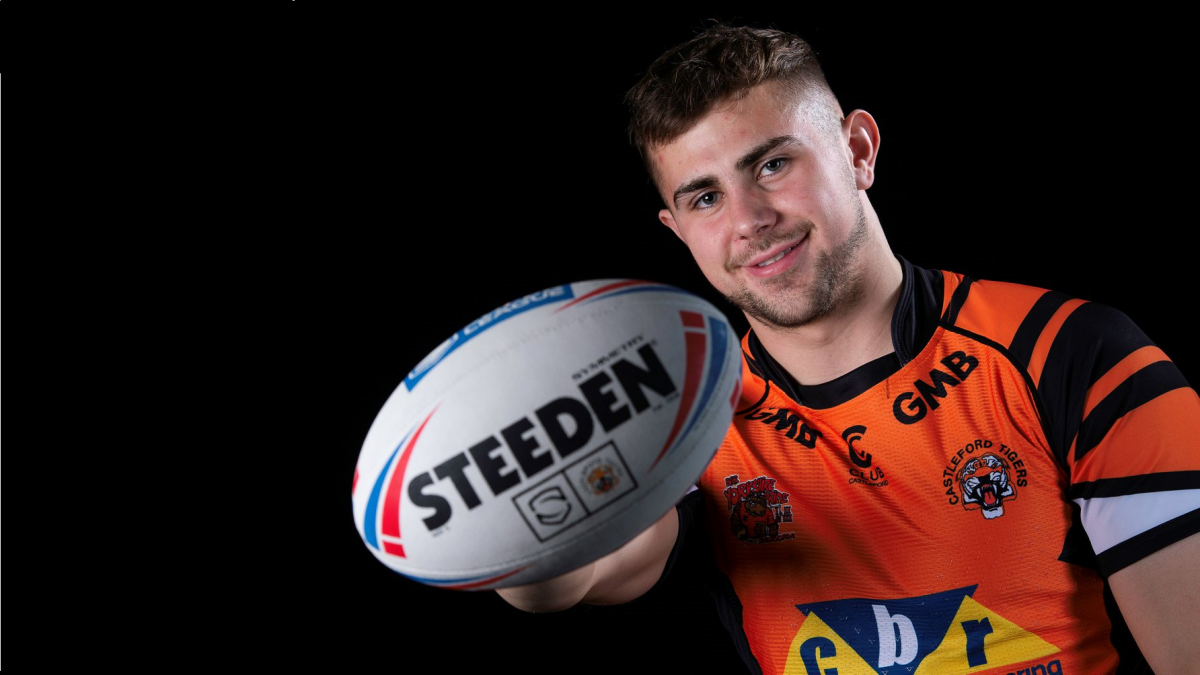 Castleford Tigers are proud of their connections to the sport which stretch beyond the traditional heartlands and hope to be part of the process of developing young talent across the UK.

Castleford Tigers have had informal ties to the region’s rugby league for several years now and the development of players in the area is underlined in their development of current First Team player Lewis Peachey, who was secured a scholarship from Nottingham a few years ago having initially attended the Tigers Talent Pathway programme. Additionally both Emma Lumley and Sophie Todd both started their rugby league journey at Nottingham Outlaws before progressing to the Castleford Tigers Women’s team.

Whilst not an area people may traditionally associate with rugby league, Nottingham has been home to the sport since the 1980s, with the Outlaws running a junior setup for over 15 years. Having worked to identify talent in the area before, the club’s youth staff are well aware of the talent available in the area, with many union players possessing transferable skills that are highly valued in the 13-man code.

Speaking about his own path into rugby league, First Team Tiger Lewis Peachey said: “The Midlands is an area that gets sometimes gets ‘missed’ a bit by the sport: the focus is obviously more Northern but I came across the game through Nottingham Outlaws and I feel if we can grow the game in the area and this partnership will be great not only for the sport but also for the young players that want to play rugby league!”

It is hoped that the partnership and the launch of a new Tigers Talent Pathway Hub in the East Midlands will help local players in the community game access a progression route that will hopefully lead to the development and nurturing of local talent for rugby league as a whole, whilst also giving an opportunity for coaches to develop their own skills.

Head of Youth Performance at Castleford Tigers Darren Higgins: “It’s great to be able to confirm this partnership with the Nottingham Outlaws and the launch of a Tigers Talent Pathway hub for the midlands region. As a club we are very mindful of the potential talent that exists not only outside of the traditional M62 corridor but in other sports as well. Lewis Peachey is a prime example of this having been signposted to the TTP programme by Joe Shepherd from the Outlaws, having had very little Rugby League playing experience. The rugby union playing pool in the midlands region is considerable and this hub will provide a great opportunity to engage with and identify potential talent whilst hopefully supporting the Nottingham Outlaws to grow the game in the area.”

Joe Shepherd, Director of Coaching, Nottingham Outlaws “We’re delighted to be launching this formal partnership with Castleford Tigers. We’ve known Darren Higgins for several years, from his excellent work in the Midlands as a Talent Coach with the RFL, and the Outlaws share very similar philosophies on player development with those at Castleford.

“This exciting link up will enable local players to start playing rugby league with Nottingham Outlaws, and progress along our pathway to reach an appropriate level for themselves. Those players with sufficient talent will have the opportunity to progress on the highest levels of the game with Castleford Tigers, just as we’ve seen with the likes of Lewis, Emma and Sophie.”