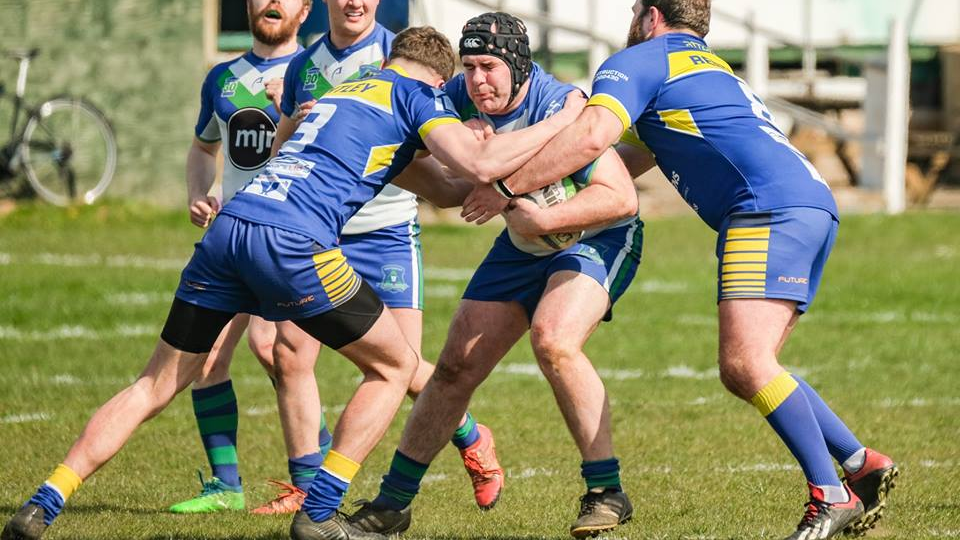 Nottingham Outlaws played their final league game of their 2019 Yorkshire League Campaign on Saturday when they travelled to Doncaster to play runaway leaders Bentley. Despite being up against they battled for the whole eighty minutes, matching their illustrious opponents for long periods before finishing on the wrong end of a 46-6 scoreline.

The Outlaws went into the game with pretty much the same team that lost out two weeks ago against. Alex Whittle moved back into the forwards to occupy the number thirteen slot whilst Oliver Dale stayed at number six partnering Clarke Squires in the halfback role with player coach George Strachan taking up the all important acting half role.

Facing a big home side and playing into the wind the Outlaws were up against it from the get-go. However, despite some poor starts in recent weeks the Outlaws defence stuck to their task and put on a much improved opening defensive effort. Indeed they defended superbly for the opening fifteen minutes, keeping the home side scoreless and with fullback Adam Cunliffe putting on a great display of tactical kicking they put plenty of pressure the home line with Oliver Dale coming closest scoring on a couple of occasions.

After fifteen minutes of hard work the Outlaws had more than contained a physically dominant home team but as the first stanza reached half way the home side began to cut loose and as their size and power began to tell they capitalised with three tries in five minutes to open up an 18-0 lead.

With the Outlaws struggling to keep up the home side turned the screw even tighter and as the clock ticked down they ran in three more tries to go into the break 36-0 ahead and effectively put the game to bed.

The half time team talk was very much about slowing the quick play the ball down and numbering up in defence in an effort to slow down the blue and yellow tide. However the good intentions soon disappeared when the home side scored within two minutes of the restart and at 42-0 there was a real danger of a cricket score ensuing!

To their credit the Outlaws regrouped and some good tackling work in the forwards by Dale, Strachan and Page began to blunt the home attack and when Bentley did manage to break through, fullback Adam Cunliffe was on hand to make a series of try-saving tackles!

With the clock ticking down the Outlaws began to put some real pressure on the home line and after yet another back to back set on the home line Sam Andrews went over for a score to reduce the deficit to 42-6, as the hard working prop forward scored his first ever try for the club!

Bentley did manage another score at the death but with a final score of 46-6 the Outlaws had managed to put up a good fight to round off a difficult campaign and give the coaches plenty of positives to work with in the close season.

After the game player coach George Strachan was keen to see the praise his players after a tough game with many players more than standing up to an immense challenge against a big Bentley outfit, none more so than youngster Aidan Foster who battled all afternoon to bring down the powerful Bentley threequarters and in doing so deservedly took home the man of the match bubbly.

The 2019 campaign has now finished and players and coaching staff look forward to a well earned break before pre-season training starts in January 2020!