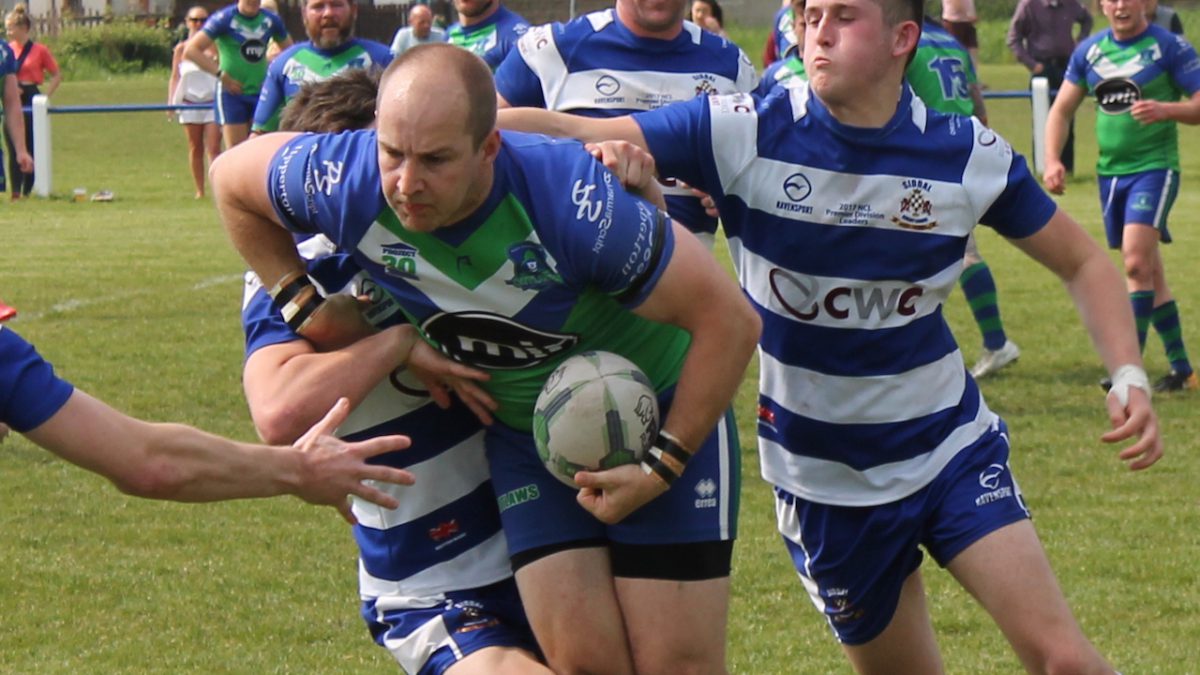 A new-look Nottingham Outlaws side returned to form on Saturday with their best performance of the season, a superb 34-6 victory at last years champions Siddal. From the very first minute they dominated the game scoring six try’s to one to break their four match losing sequence and bring home two much needed league points from their latest trek up the M1.

To the casual observer the omens didn’t look that great in the lead up to the game. Once again coach Strachan had to make a number of changes to the squad that lost out against Batley last weekend. However, this time he was doing so from a position of strength with a swathe of new signings available to freshen up the side.

A new look three quarter line was assembled with Charlie Clarke and Harry Binnion coming in for the debuts alongside regulars Dean, Barnes and Horner. In the forwards Ollie Perry and Lewis Allot came in for debuts with Brad Moss returning to the hooking role. Toby Cornish was handed a bench spot to complete the seventeen man squad.

The Outlaws started well, twice forcing their way into the Siddal red zone and on their third visit they opened the scoring. A quick tap on the halfway line by the elusive Dean caught the Siddal defence napping and a show and go by stand off Alex Whittle saw the long striding stand off waltz over for a fine opening effort to make it 6-0 to the Outlaws with only six minutes on the clock.

As the game developed it was the Outlaws that were controlling events but after twenty minutes of dominance they had failed to add to their score. As so often happens in rugby league football they were punished for their profligacy as a soft penalty piggybacked Siddal into the Outlaws twenty and when they failed to number up out wide  Andy Elliston swept in for a Siddal try that levelled the match at 6-6.

Despite the setback the Outlaws continued to control the pace of the game, winning the collisions in attack and defence thanks to some enthusiastic work in the forwards with young guns Lewis Allot and Ollie Perry in particular adding some speed and mobility to the pack to back up some sterling work by skipper Dale.

With their grip on field position tightening the Outlaws began to ask more and more of the Siddal defence. With twenty two minutes on the clock a fine break by Tom Horner set up a great attacking position and once again it was playmaking maestro Alex Whittle who finished proceedings with not one but three show and goes that completely outfoxed the home defence. Dean added the extras from bang in front and at 12-6 the Outlaws had established a lead that they were destined to keep for the remainder of the game!

As the first half clock began to tick down there was just time for one last Outlaws attack and with the whistle about to blow Jimmy Goodwin smashed his way to the try line. The Yorkshire wrecking ball looked like he was going to be denied but he cleverly slipped the ball out of the tackle to the supporting Harry Binnion who celebrated his debut with a well taken effort. Dean slotted over from wide out and at 18-6 the Outlaws went into the sheds with a much deserved two score lead.

During the half time team talk the Outlaws coaching team stressed the need to continue to control the pace of the game and they freshened up the side as Cornish, Waring and Dennison all came off the bench to add some fresh legs to proceedings.

The second half started pretty much where the first had ended with Whittle running the show and another show and go almost brought his hat trick. However he was held up just short but from the next play hard working prop Oliver Dale crashed over from short range for a well deserved try that stretched the Outlaws lead to 24-6 with forty eight minutes played.

By now the home side had shown all their aces, with three large forwards coming off the bench in an attempt to force their way back into the game. However some swarming Outlaws defence across the pitch kept them at bay despite concerted pressure  and their chances of getting back into the match slowly ebbed away in the face of some aggressive Outlaws tackling.

Having taken the best that Siddal could offer the Outlaws went back on the attack and a superb angled run saw Lewis Allot stride clear into open water before offloading to the supporting Ciaran Dean who bagged his first try of the game as the Outlaws stretched away to 30-6.

Indeed they should have had more but twice they failed to cross the whitewash on the back of length of field breaks. However they were not to be denied and a fine Binnion surge saw the winger race clear. As he edged to the touchline he drew the Siddal defence before passing the ball back inside and Matt Horner collected for a well deserved try in the corner. Ciaran Dean just failed to make it six from six conversions but it hardly mattered as the whistle blew straight after the kick and the Outlaws celebrated probably their best victory in the Yorkshire Premier to date against last season’s champions.

After the match coach Strachan was full of praise for his charges, commenting “Today we performed really well and it’s exciting to think of how much improvement we’ve still got in us. We played with a belief that if we stuck in the contest, and had enough ball then we’d be hard to stick with and that’s how it played out.  I thought Lewis Allot running out wide looked strong and Toby Cornish seemed to enjoy being in the middle and was a nightmare for their bigger players. It was great to see debutant Harry Binnion playing so well. He was really aggressive with his carries getting our sets started and that kind of enthusiasm is infectious.’

The Outlaws now have the luxury of a three week break in fixtures before they return to battle at Lindley in early June.