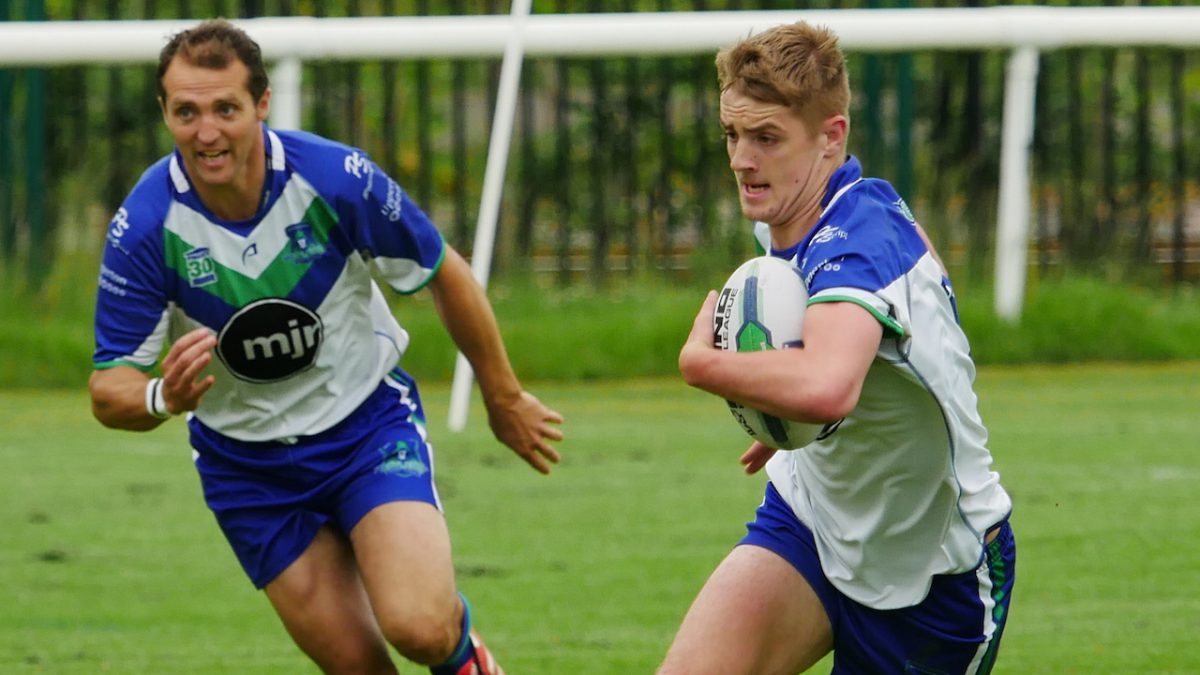 Nottingham Outlaws suffered another home defeat on Saturday when they came out second best against a slick-handling East Hull side at Highfields. They matched their well drilled opponents for large sections of the game but a dreadful start and some ill-discipline at key moments saw them slip to an 18-40 defeat against one of the best teams in the division.

The one consistent thing the Outlaws have shown this season is their inability to keep a settled side and again there were a number of changes to the team that did so well against Batley the week before.

Nathan Hill came back into the side at fullback to add some cutting edge to the backs whilst playmaker Ciaran Dean took up one of the centre spots alongside debutant Matt Boyers as Jimmy Goodwin failed a late fitness test.

The match kicked off with the Outlaws playing into a strong wind and they suffered what can only be described as a horror show in the opening fifteen minutes.

Straight from the kick off they were up against it when prop Conor Foulkes pulled a hamstring in the opening chase and could take no further part in the game, immediately limiting the home sides options from the bench.

Things then went from bad to worse when a silly penalty on the last tackle piggy-backed East Hull side into the Outlaws red zone and they immediately demonstrated their handling prowess as James Higginbotham waltzed through a yawning gap in the home defence to open up 4-0 lead with only three minutes on the clock.

It was a lead they were destined to hold for the remainder of the game!

Things then went from bad to worse when on the next set a long, raking kick by East Hull was fumbled on the Outlaws twenty and from the ensuing set James Carrick doubled the Hull lead to 8-0.

As if this wasn’t bad enough, the odds against the home side stretched even higher when young Harry Walton took a stunning blow to the head in a tackle, forcing him to leave the field for the remainder of the game and halving the home bench interchanges in the process.

The miserable opening exchanges were finally completed when Nathan Dunn  grabbed the third East Hull try on the fifteenth minute to make it 0-16 to the visitors and a heavy defeat appeared very much on the cards!

Despite the opening whirlwind the Outlaws managed to regain their composure and at last they crossed the halfway line into the East Hull half for what seemed like the first time in the game. Indeed on the back of this pressure Paul Calland put in a great grubber kick into the Hull in-goal area and Ciaran Dean dived on the ball to finally get the home side on the score sheet. Dean converted his own try to reduce the arrears to 6-16 and at last the home fans had something to cheer!

The Dean try came of a well rehearsed kick on the third tackle and Calland repeated the move ten minutes later with the same end result as once more Ciaran Dean won the race to the ball and he again converted his own effort to cut the Hull lead to four points at 12-16 and the Outlaws went into the break in touching distance of the visitors despite facing a heavy defeat at one stage in the half.

The half time options for the coaching staff were somewhat limited with the bench down to two interchanges as Steve Page and Sam Andrews both came on to try and pep up a front six that was struggling at times to hold a powerful Hull front six.

It was important that the home side made a good start to the second half but they suffered the exact opposite when they leaked a soft try with only three second half minutes gone.

The problems started with yet another silly penalty at the play the ball, a consistent theme this season and in the ensuing set some statuesque defence around the play the ball allowed Callum Baker to plunge over the line to make it 22-12.

Minutes later the Outlaws had a glorious chance to reduce the deficit when a kick over the top, straight from a scrum, by Paul Calland saw Nathan Hill win the race to the ball but he lost control as he tried to re-gather and the chance to score slipped agonisingly away.

East Hull soon hit the gas again and a second try for Nathan Dunn stretched the East Hull lead to 28-12.

Despite the ever-widening gap the Outlaws rallied and a short ball by Paul Calland put Oliver Dale into space and the hard working second rower went in for a well-deserved try and the Dean conversion cut the visitors lead back to 18-28.

However it was the well-oiled East Hull attack that was destined to have the final say and two try’s in the last six minutes saw them pull away as Powley and Collinson both grabbed four pointers to complete an emphatic 40-18 score line  in favour of the visitors despite the Outlaws being in touch for much of the game.

After the game there was a brief pause as the sponsors man of the match was awarded and it came as no surprise when Ciaran Dean was awarded the bubbly for his two well taken try’s and a tireless effort on both attack and defence for the full eighty minutes.