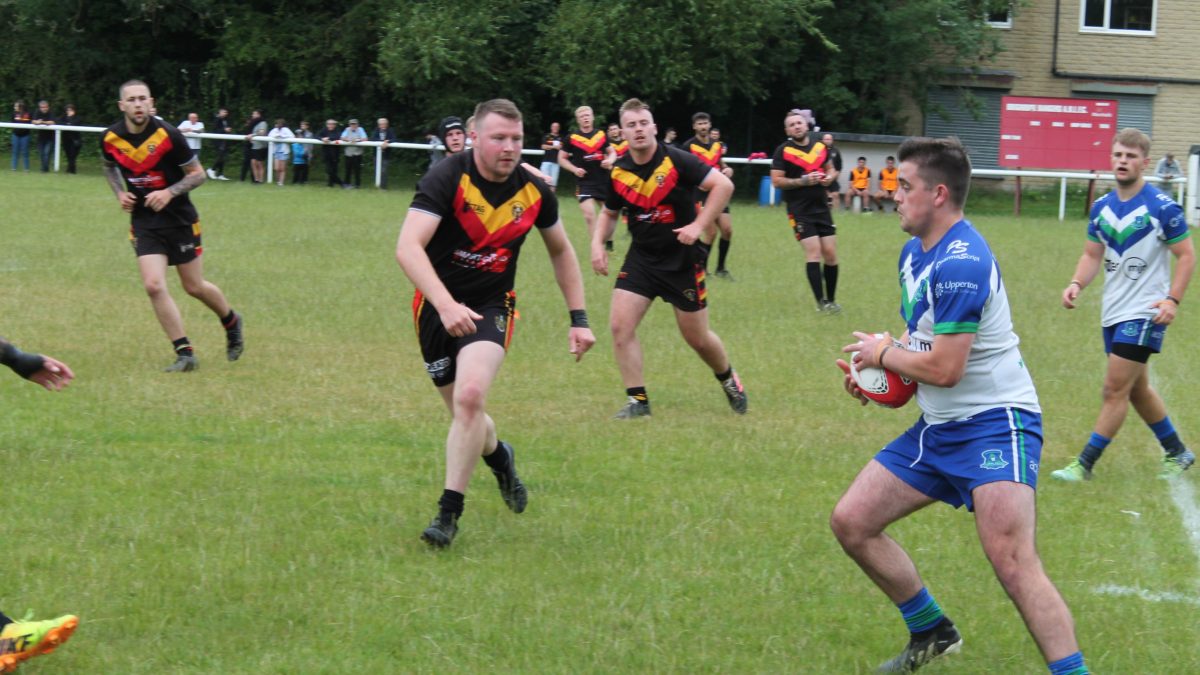 Nottingham Outlaws travelled to Brighouse Rangers on Saturday looking to avenge a narrow defeat at the hands of their West Yorkshire rivals back in April.
However, despite taking the lead on two occasions in the match they could never build on their advantage and with the help of some hotly disputed trys they ended up losing the match 38-26.
A much changed Outlaws team started the match well against a nervous looking home team and after some early probing Adam Cunliffe fed Harry Walton from close range and the young hooker powered over with only four minutes on the clock as the Outlaws shot into a 6-0 lead. Unfortunately the lead was short-lived as the home side capitalised on some weak Outlaws defence to equalise within five minutes of the Outlaws score.
Despite the reversal the Outlaws were still looking the stronger side in the opening exchanges and this time they attacked down the right side allowing James Amachree to restore the lead with an excellent try. Again Gaz Whitfield slotted over from the touchline to put the Outlaws 12-6 ahead.
Despite the promising signs on attack the Outlaws defensive frailties, which have surfaced all to often this season, soon undermined the early good work as the home side waltzed through some large gaps in the Outlaws midfield defence to score two trys that saw the Outlaws go into the break 18-12 in arrears.
The second stanza got off to a bad start when players on both sides stopped in their tracks after an obvious ball steal but the referee waved play on and the Outlaws were still waiting for the whistle as the home side extended their lead to 22-12.
The disputed try seemed to unsettle the Outlaws whose heads dropped and they leaked no fewer than three trys without response to trail 32-12.
As the game entered the final quarter the Outlaws seemed to find some extra energy levels  and a fantastic solo effort by James Amachree saw the fleet-footed winger ghost in for a superb try and then Adam Cunliffe went over from short range as the deficit was cut to 32-18.
Once again it was another hotly disputed try that took the wind out of the Outlaws sails as Dave Ivemy touched down in goal to defuse a home attack only for the referee to allow play on and the home side extended their lead to 38-18.
The final ten minutes saw the Outlaws very much in the ascendancy with Adam Cunliffe grabbing his second of the match and in the last minutes of the game James Amachree scored another excellent try after some smart Outlaws handling down the right channel released the young winger who went over to complete a fine hat trick to wrap up the game with the Outlaws registering a 38-26 defeat.
After the game there were a few players in with a shout for man of the match. Gaz Whitfield and Aiden Butler had excellent games in the backs whilst TJ Brookdyk had a strong game in his first outing in the forwards. However it was winger James Amachree who took home the bubbly with an excellent all round performance including a superb hat trick of trys.
The Outlaws now have the luxury of a two weak gap in the fixture list before they entertain Siddal at Lenton Lane on the 13th August.