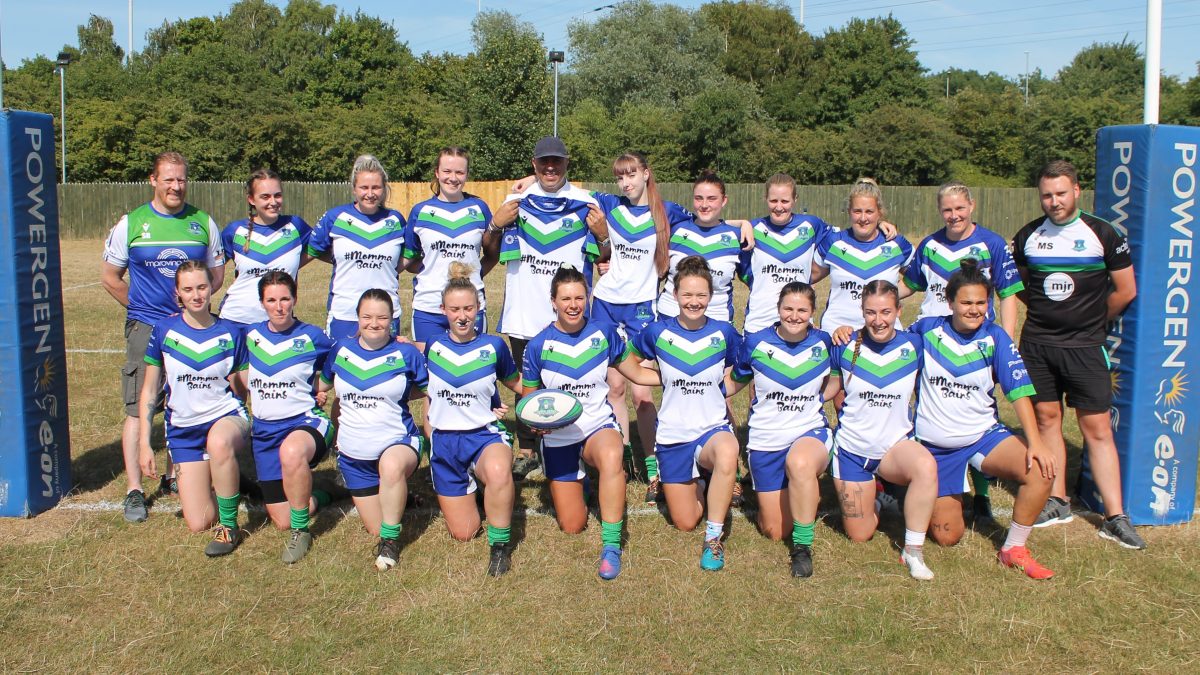 Nottingham Outlaws are thrilled to announce that their Women’s team are now being sponsored by Sat Bains restaurant and hotel, the city’s only two-Michelin star restaurant.

The Sat Bains restaurant is situated on the banks of the Trent only a 100 yards from the Outlaws ground on Lenton Lane and the two neighbours have always enjoyed a flourishing relationship culminating in this record breaking and unique sponsorship.
The Outlaws Women have now received their new kit and were super-excited to wear it alongside Founder and Restaurateur Sat Bains himself whose name the restaurant shares.
The newly sponsored playing kit will now carry the  “#Momma Bains” logo on the front of their shirts, named after Sat’s mother who has worked with her son to launch a new, highly successful range of homestyle Punjabi food.
Chairman Richard Johnson was also at the launch along with the women’s team and Sat Bains himself and the Outlaws chairman was keen to comment, saying “ever since we moved in to our new ground Sat Bains has been very approachable and we have a great relationship with him and his team. We are of course really excited to have our women’s team wearing the logo of a two Michelin star restaurant, which is certainly something of a first for rugby league!”
Photo: Sat Bains (middle back row) pictured with the Outlaws Women’s team prior to their victory over Sheffield Eagles