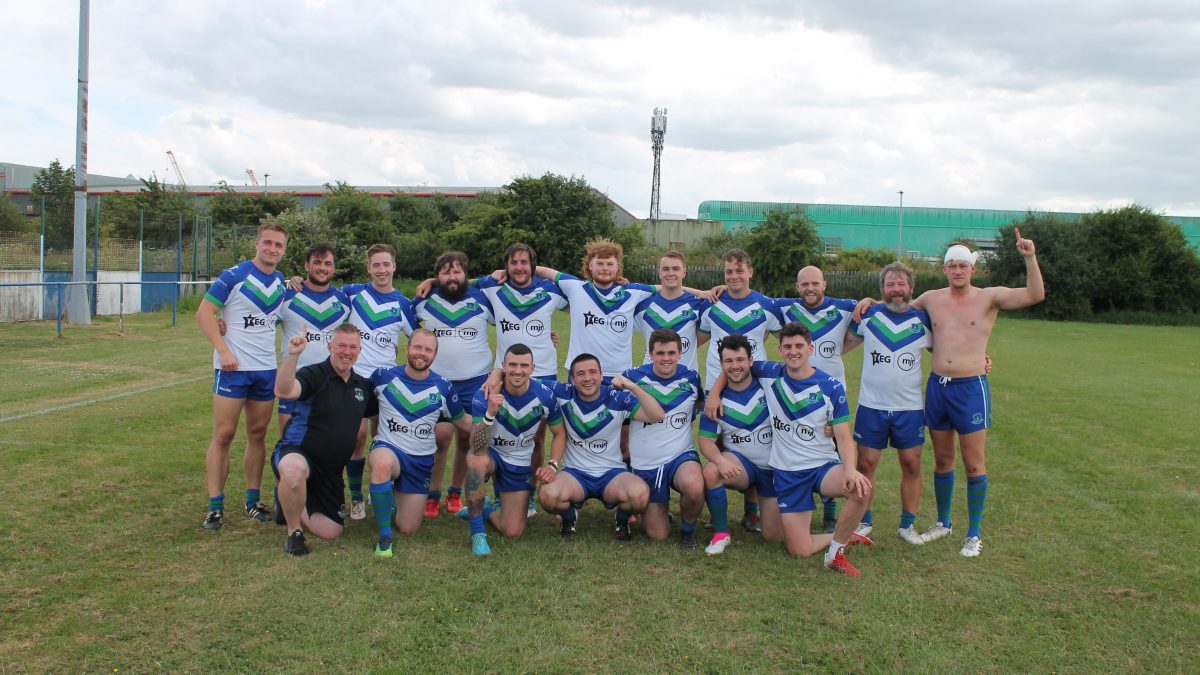 Nottingham Outlaws travelled up to East Yorkshire on Saturday and came away with an excellent but ultimately hard earned victory over East Hull. Indeed they did it the hard way,  coming back from 6-0 down to turn out eventual 14-12 winners and in doing so, earn themselves a rare double over their Yorkshire Premier rivals.

The Outlaws went into the match on the back of a weekend break which allowed a number of new faces to return to the team that lost out at New Earswick with Harry Masini, Haz Ashby, James Hood, Harry Walton and Will Bryan all returning to the starting thirteen with Joe Raine, Alessio Cauteruccio and Hugo Kelleway coming onto the bench
The Outlaws started strongly, peppering the home line with a string of powerful surges and it looked like their efforts would pay off when Albert Paskevic crossed under the posts but the ball agonisingly slipped from his grasp at the last minute.
Having been let off the hook East Hull hit back strongly and edged into the lead with a well taken try that saw the home nudge ahead by 6-0 despite being under the cosh for much of the opening ten minutes.
Rocked by the score the Outlaws hit back strongly and for most of the remaining thirty minutes of the first half they dominated play. However despite their dominance they couldn’t get a score on the door, being held up over the line on three occasions, and they went into the halftime break 6-0 down.
A few calming words from coach Cunliffe at half time seemed to do the business as the Outlaws started the second stanza in a much better shape, attacking from the off and pressing for an opening score.
With only six second half minutes on the clock Harry Masini broke through the home defence and charged sixty metres down the field. He was eventually hauled down just short but a quick play the ball saw Alex Whittle spin a long pass out to Kelleway who dived in at the corner for a well taken try.
Having reduced the deficit to 6-4 the Outlaws upped the pressure on the home line and they finally edged into the lead when Albert Paskevic got the try he deserved, planting the ball down under the sticks after a short ball from Strachan. Whitfield added the extras to make it 10-6 to the Outlaws.
The Paskevic try seemed to ease the Outlaws nerves and with Fearnley, Masini, Andrews  and Hood starting to dominate the home pack more scores soon followed as Strachan, having a great game at acting half, went on a quick foray down the blind side and fed captain Coryn Ward who powered over to edge the Outlaws into a two score lead at 6-14.
With fifteen minutes left to play  a positive Outlaws result was still by no means certain and the travelling supporters’ nerves were once again on edge when East Hull scored a converted try to creep ever closer at 12-14 with ten minutes left to play.
As the game entered the closing stages the match threatened to boil over when a frank exchange of views between the two sides resulted in a short break in play. However the Outlaws were not to be denied, finishing the match with a last minute attack that almost brought a try for the hard working Strachan.
When the whistle finally blew the Outlaws were left to celebrate a narrow but ultimately well deserved 14-12 victory.
There were plenty of names in the hat for the man of the match award, with Masini, Fearnley, Strachan and Andrews along with the rest of the forwards all performing strongly. However the man of the match deservedly went to a bloodied but unbowed loose forward Alex Whittle
Next week the Outlaws have the luxury of another week off before they travel up to Queensbury on the 9th July.