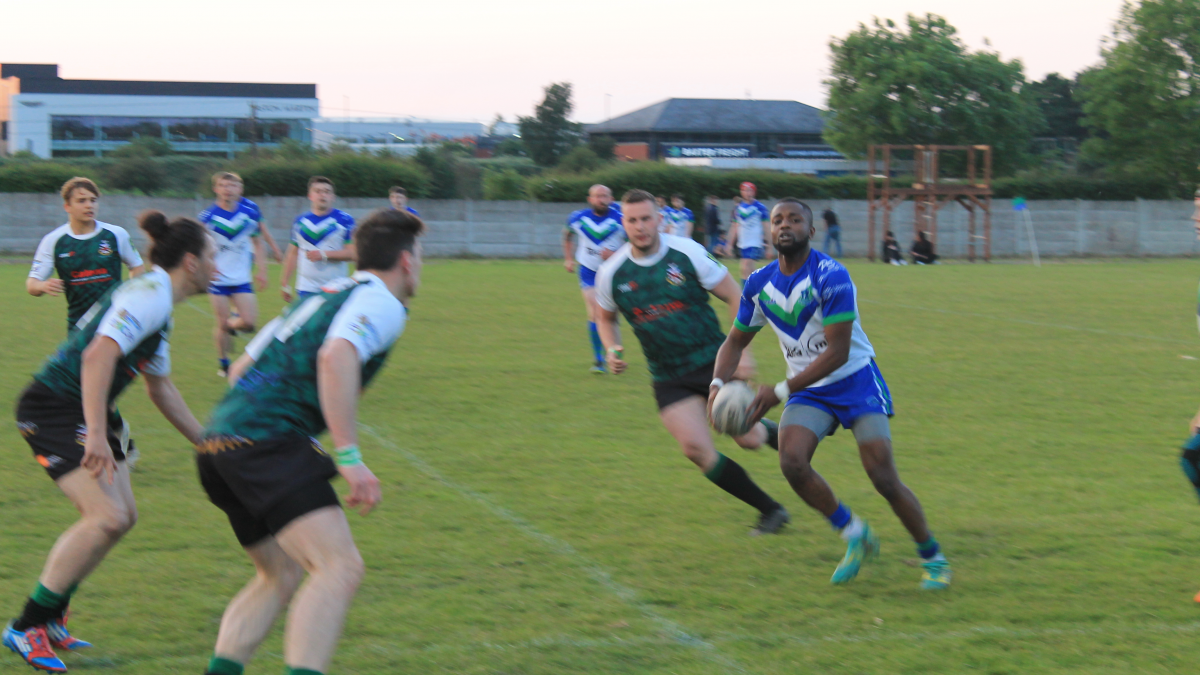 Nottingham Outlaws second team took centre stage for the second week running when they entertained local rivals Derby Elks at Lenton Lane under the floodlights on Friday evening. In a highly entertaining game the Outlaws swept into a 10-0 lead before finally succumbing to a 20-38 defeat.

The Outlaws started strongly, catching the Derby defence cold with two quick trys by Oscar Palomino and James Amachree as they swept into an early 10-0 lead with as many minutes on the clock.
Stung by this reversal Derby used their superior size and power down the middle to rack up four unanswered trys up to half time as they went into the break with a commanding 10-20 lead,
The second half started badly for the Outlaws when they leaked two early scores to trail by 30-10 with thirty minutes left to play.
To their credit the Outlaws hit back and great hands by Amachree released Ed Wheeler for a fine try, Derby replied with a try of their own but Tom Gravenor struck straight back with another fine try off the back of some good Outlaws handling.
Derby scored a try on the stroke of full time to close out the game at 20-38 in their favour.
There were a few players in with a shout for the much coveted man of the match award but the bubbly deservedly went to Ed Wheeler for a fine all round performance.