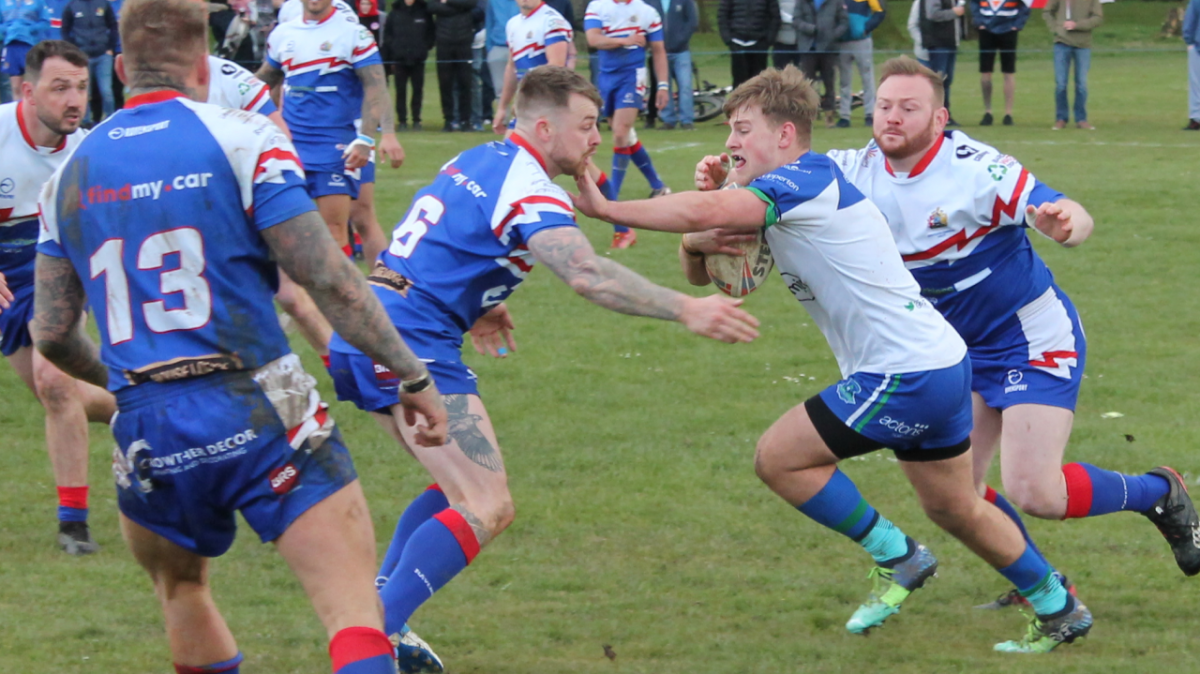 Nottingham Outlaws suffered their biggest ever defeat on Saturday when a much-weakened side travelled to league leaders Westgate in Wakefield and were cruelly put to the sword by a ruthless home side who ran in a century of points without reply!

The travelling supporters headed North in buoyant mood on the back of two successive victories including a club record win over Queensbury last weekend. However, a closer look at the team sheet revealed that coach Cunliffe had been forced into a swathe of changes to the team that did so well last weekend.

Indeed a look at the line up revealed no fewer than six changes to the side as injuries and Covid decimated the playing squad.

With the upheavals in mind it came as no surprise when the Outlaws made a poor start to the game, losing the ball twice in the opening tackle set inside their own twenty that handed two early scores to the home side with less than ten minutes on the clock.

Despite the early setback the Outlaws did muster up some early pressure and they came close to opening their account when Alex Whittle nearly went through a gap. However he was hauled down just short and in doing so, picked up a knee injury that saw the Outlaws playmaker leave the field for good with only fifteen minutes played.

The loss of Whittle seemed to knock the confidence of the Outlaws and things soon went from bad to worse when prop Albert Paskevic also left the field with a twisted knee and he was followed five minutes later by player coach Adam Cunliffe who went off with a broken nose.

By now the Outlaws were down to 12 men with injuries racking up by the minute so it was with some relief when the referee blew the half time whistle with the Outlaws staring down the barrel of a gun with a huge 38-0 deficit already showing on the scoreboard.

With no interchanges available there was little the coaching staff could do to turn things around at half time so it was simply a case of raising morale and battling out the next forty minutes as best as possible!

With a man short and several players carrying knocks it was always going to be a case of “by how many ” in the second half and despite trying ther best the Outlaws could do little to stop a rampant home side that was now firing on all cylinders.

In a torrid forty minute spell the Outlaws were well and truly put to the sword leaking no fewer than sixty two unanswered points and in the very last play of the game the home side put in a kick chase that ended in a try that brought up the hundred point mark with the Outlaws failing to register a point on the board.

In a somewhat subdued after match dressing room the coaching staff did their best to console the players and despite the scoreline there was plenty of hard graft and spirit amongst the team. Young halfback Ben Littlewood had his best game yet in an Outlaws shirt as did Luke Wadding with both players taking the ball up bravely against a no nonsense home defence.

However when the man of the match award was finally announced there were no complaints when the bubbly deservedly went to prop forward Sam Andrews who put in a huge eighty minute stint on attack and defence.

The Outlaws now have a much needed week off when they will lick their wounds and re-group ready for a home game against Brighouse Rangers on Saturday 23rd April at Lenton Lane (2.30pm).