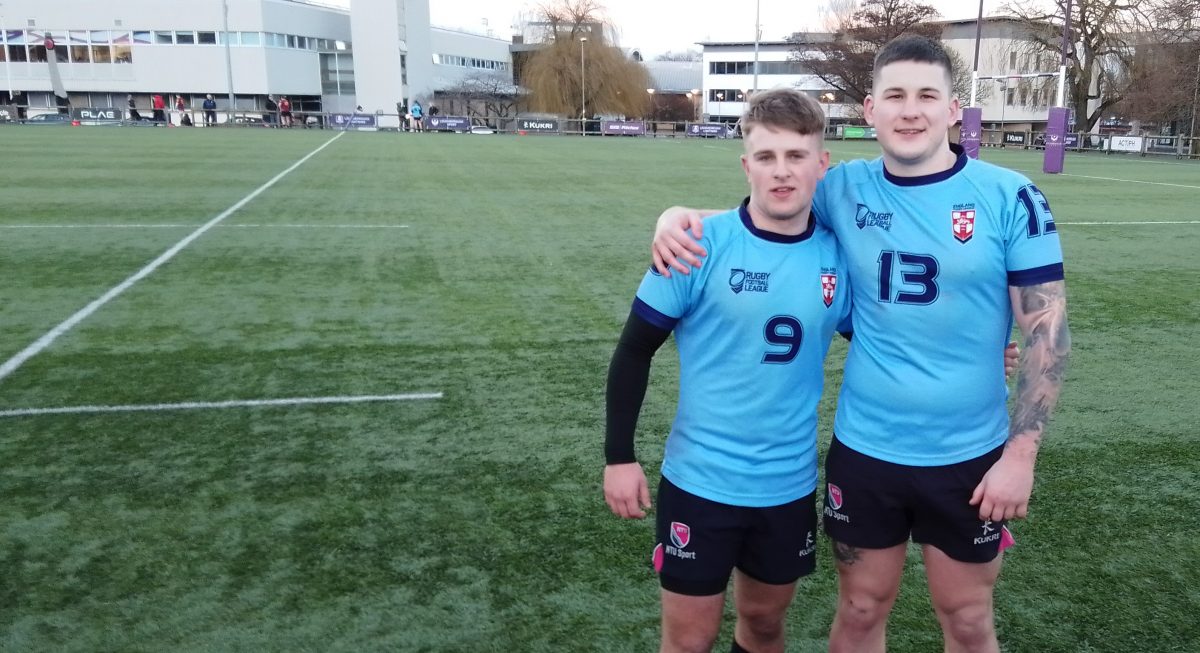 Both players gave a great account of themselves in what appeared to be an upset win for the South. However, the North mounted a comeback in the last twenty minutes to overturn a 12-point deficit and finish 36-20 winners.

Joe Shepherd, Head Coach of NTU Rugby League commented “it was great to see the lads gaining some well-deserved representative honours. Both players have been great for us all season, so it was brilliant to see them competing at this higher level.

“It was also great to see Notts Uni’s Jack Cherry get on the scoreboard for the South too. Hopefully we can get more players from both universities aspiring to play at this level, because there is a lot of talent in the student game in Nottingham.”