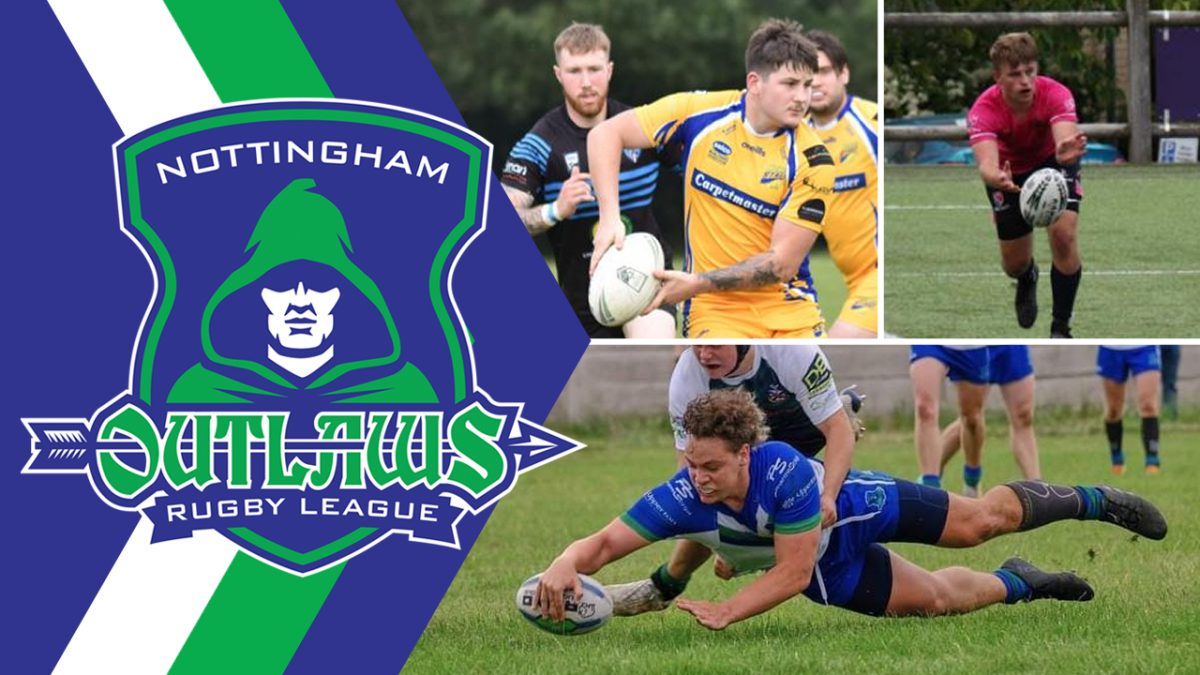 The three existing NTU Rugby League players were awarded entry to the program after exceling throughout the application process which eventually led to Nottingham Outlaws, Trent Rugby League Alumni Association and Nottingham Trent University, agreeing to expand the number of places available from two, to three.

Richard Johnson, Chairman of Nottingham Outlaws RLFC “Originally we were only offering two places for the upcoming academic year but after the assessing the quality of applications it was decided to increase the number of places to three for the launch of the scholarship program. It’s fantastic for Ronan, Ben and Joe and also for the development of Rugby League in Nottingham that all major stakeholders offered further backing to the program.”

Adam Cunliffe, Head Coach of Nottingham Outlaws RLFC added his comments on the successful applicants. “Ronan is an athletic back rower who we’ve known at Outlaws for 2 years now, following his first full season in the Yorkshire Premier League he was named the club’s best newcomer for the 2021/22 season. He adds natural aggression to the team in both attack and defence and we expect big things of him heading into the upcoming Student Rugby League season.

“Joe is an ex-London Broncos academy player who has most recently played open age rugby for Hemel Stags in the Conference League South, currently mixing between the back row and half back positions. This is due to his understanding of the game and natural skill set he gives any team he is in the option to play an exciting brand of rugby. As the current present of NTU Rugby League we’re expecting him to lead from the front both on and off the field this year.

“Ben is entering is first full year with NTU Rugby League and is new to Nottingham Outlaws so I’m excited to see how he progresses, as an ex Siddal junior he’s got a great core skill set and is equally at home at either hooker or halfback. In a short space of time, he’s become a natural leader for NTU Rugby League and possess excellent communication skills on the field and this was something that really stood out for us during the application process.

“Not only did Ronan, Joe and Ben stand out from a playing ability point of view they all showed the off-field qualities we were looking for when we decided to launch this program.”