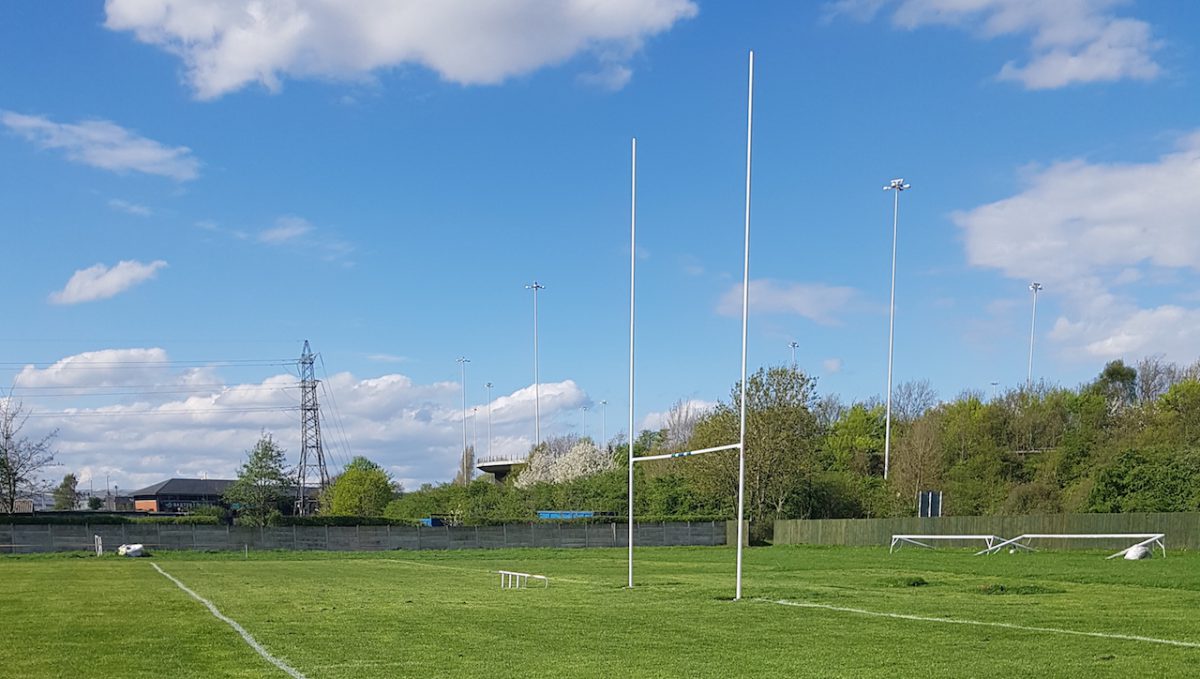 The start of the 2018 season saw Nottingham Outlaws finally secure a permanent home for rugby league in the city. This was a significant milestone for the club, and one that the club’s volunteers have been working hard to achieve for several years.

Since April when we were first able to host fixtures, our new venue at Lenton Lane has run regular men’s, women’s, juniors and social touch rugby sessions. We have also hosted schools rugby league festivals and student fixtures. Despite this amount of activity, our 1st Team has only played two home games in three months. In recent weeks we are finding ourselves severely tested by this lack of fixtures, and the situation is rapidly becoming unsustainable.

After the Conference League South collapsed at the end of the 2016 season, the Yorkshire League kindly accepted us into their competition. Whilst the clubs have been very welcoming and the playing standard has been high, unfortunately some clubs were not strong enough to complete the 2017 season, and we ended up losing out on 4 of our scheduled 9 home league games.

With an influx of new clubs re-strengthening the Yorkshire Premier Division for 2018, we were hopeful that this situation would not be repeated. However, for our last 3 consecutive home games, our prospective opponents have either cancelled or postponed the scheduled fixture. This situation has left us without a First Team game in a month, and without a home game for 2 months. The lack of home games and associated income poses a significant risk to our future as we have to meet ongoing costs to cover the rent and upkeep of our facility. They also limit our ability to grow as a club, as we cannot market ourselves effectively while facing the risk of games being cancelled. It also has a detrimental impact on player retention as players become disillusioned with the lack of games. Each fixture cancellation therefore damages the credibility of the sport in our region, and erodes the goodwill and enthusiasm of the players, volunteers, supporters and sponsors involved.

Given the lack of stability and reliability with the current Yorkshire League format, we will be exploring all potential playing options for our 1st Team for next season, whether that be a revised Yorkshire League competition, the National Conference League, or any relaunch of CLS. It is Nottingham Outlaws’ aim to become a hub for community rugby league in our region, and we will strive to continue to provide playing opportunities for men, women, juniors and non-contact players, as well as hosting schools and university fixtures. In the future we also hope to provide opportunities for masters and physical disability rugby league.

The Outlaws committee decided to write this open letter, as we felt the need to highlight some of the serious problems that we as a club and also that the wider game is currently facing. Since joining RLC National in 2009, Outlaws have been able to provide our players with a full-length playing season at an appropriate standard. In the Midlands and South there is currently no suitable competitive option for us, as no regions operate any competition structure outside of a truncated May-August window. Worringly, three of the Midland’s traditionally strongest clubs in Leicester Storm, Coventry Dragons and Northampton Demons have all folded in the past two years, and we feel steps need to be taken to remedy these issues.

Looking ahead to future seasons, creative solutions are required that will involve dialogue and input from both the clubs and the governing body. In terms of the 2018 season, we sincerely hope that the Yorkshire League is able to get back on track after the spate of recent postponements, as the club has a very real opportunity to reach the Premier Division play-offs. As such, we hope that our members and supporters will back our endeavours with renewed enthusiasm, and continue to enjoy their rugby league at Lenton Lane for the remainder of the season and beyond.