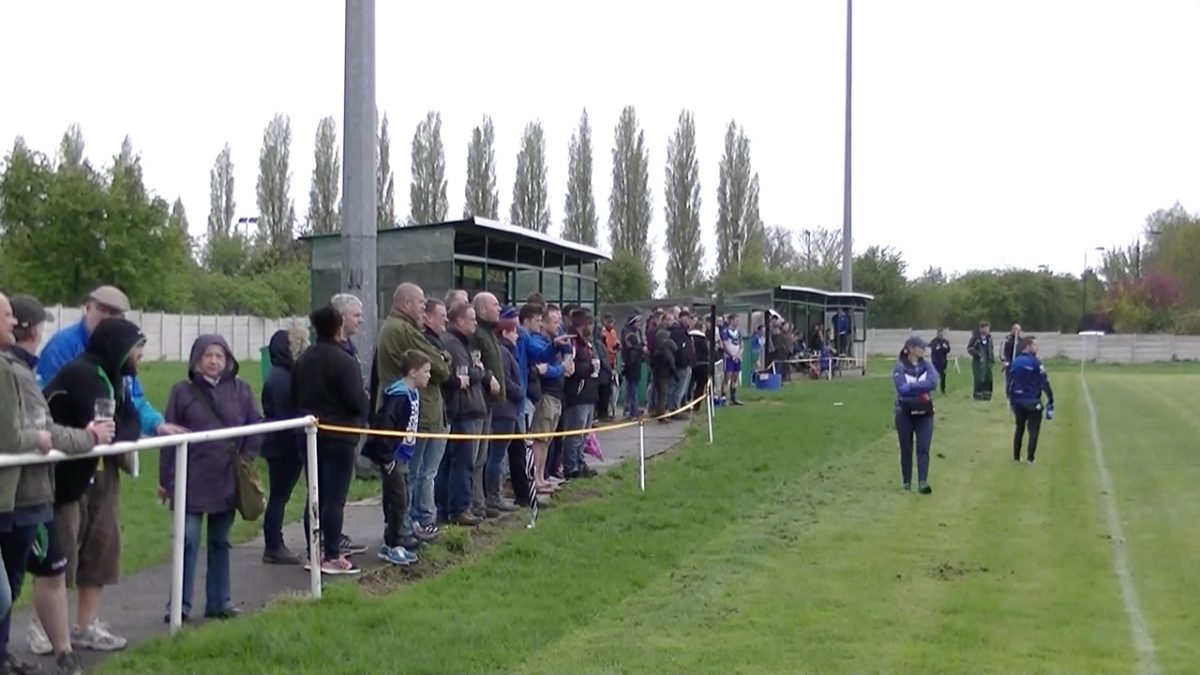 Nottingham Outlaws played their first ever game of rugby league at their new Lenton Lane home on Saturday. There was an air of celebration about the event from start to finish but the team couldnt give the home crowd the victory they wanted as the Outlaws were beaten 26-0 by a very strong East Hull side.

Despite the wet weather the Outlaws supporters turned out in force and when the two sides entered the new arena there was easily the largest ever Outlaws crowd in attendance!

Buoyed by the local support the Outlaws went at the visitors defence from the get go, monopolising field position and possession they hammered away at the East Hull line but they couldn’t find a way through a superbly drilled East Yorkshire outfit. Indeed after twenty minutes of dominance the Outlaws had nothing to show for their toil despite being held up on or even over the try line on several occasions.

As so often happens in sport, the Outlaws failure to take their chances was ruthlessly punished and two quick-fire try’s by East Hull put the visitors 12-0 up with thirty minutes played to quieten the home crowd.

Despite the set back the Outlaws rallied and it looked like Adam Cunliffe had grounded the ball for the first ever Outlaws try but the home crowd sighed with disappointment as the referee disallowed it and the sighs then turned into audible groans as East Hull took a quick tap re-start and promptly ran fully eighty meters down the field to land a sucker blow and extend the East Hull lead to 18-0 as the half time whistle blew.

The Outlaws coaching staff tried to rally the team by introducing rugged forward Mike Stewart and playmaker Paul Calland to the side and the changes appeared to work as Stewart in particular began to make deep inroads into the East Hull line but again the well organised visitors defence held firm against everything the Outlaws could throw at them.

As with the first half, the Outlaws held the upper hand for most of the opening phases but could not get the points that their dominance warranted and once again they were ruthlessly punished. Indeed there were two more East Hull try’s as the visitors pulled away in the last ten minutes to put the game to bed running out convincing 26-0 victors.

As the players trooped off the field they paused for the man of the match announcement. Whilst the Outlaws attack had been well and truly blunted by the East Hull defence there were still a few players in with a shout for the bubbly. Skipper Oliver Dale and big Wil Ephraim worked tirelessly in the pack but it was no nonsense forward Mike Stewart who took the bubbly on the back of some powerful running.

After the final whistle several dejected-looking Outlaws players expressed their disappointment at losing the game on such a big occasion. However the big crowd and a full clubhouse more than made up for the defeat and the after match celebrations soon put the smiles back on the players faces!