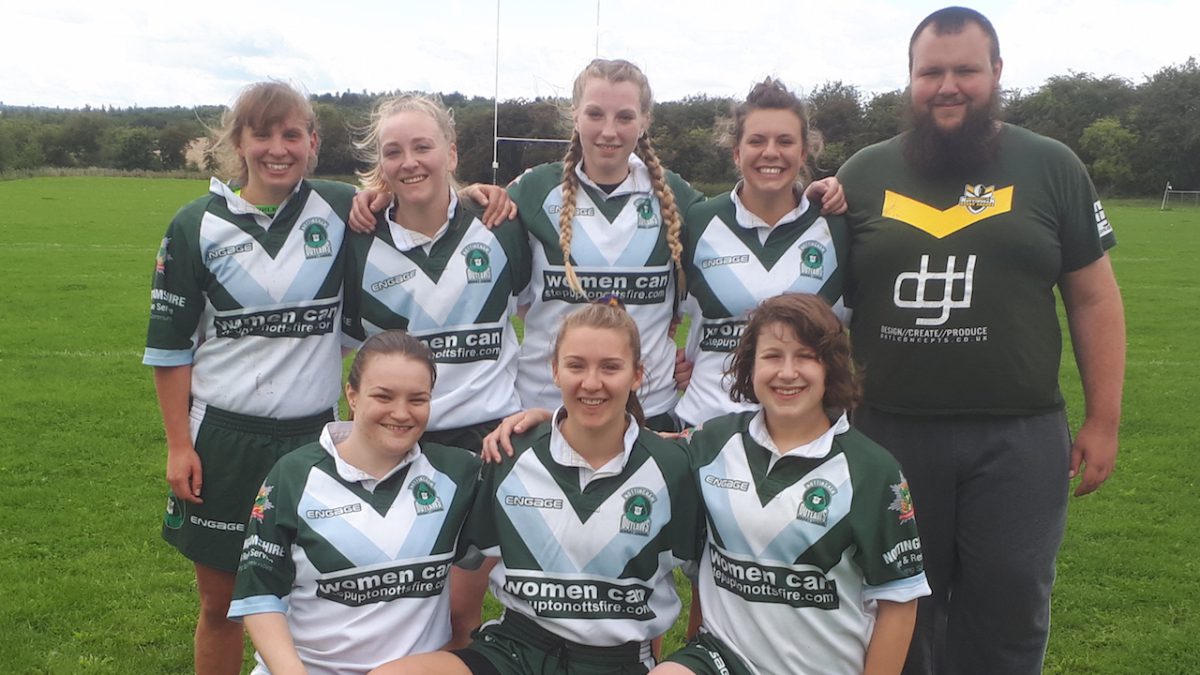 Nottingham Oultaws Ladies were already on the back foot attempting to play Yorkshire-women at their own game, and taking 7 players to a 9s tournament was a bit of a stretch. But after the Outlaws opened up the scoring against hosts Dearne Valley Bulldogs we realised we were going to put up a fair fight.

As is the Outlaws Ladies way, we improved with every minute of play, so it was to our advantage that somehow we were allowed to play 30 minutes of 7s in the opening match, showing off our fitness and agility in both attack and defence, with especially physical running and hitting from League newcomer Sophie Todd to come away with the win 22-30.

Watching Hunslet ladies run rings around Brighouse would have deterred weaker-hearted individuals, but it made the Outlaws all the more determined to rise to the challenge. Hunslet were a strong side, aggressive, well-drilled and annoyingly catty, but our clean attitude and strength in both attack and defence shone, and we improved formation with every play. Following some controversial referee decisions, Outlaws came away with a respectable 14-16 loss, which would come to be the two points which determined the tournament.

When it came to the final match vs. Brighouse, Outlaws let their standards slip, making a few scruffy passes and allowing a couple of poorly-defended tries in. However, the Magnificent Seven came away with a decent win, including an incredible half-pitch try from an untouchable Joanna Lumb to take our Try of the Tournament award. This also earned the Outlaws the position of runners-up and a neat little trophy.

Our Player of the Tournament went to another newcomer Phoebe Nicholls for her relentless and flawless tackling, offering herself up for every carry and keeping a competitive, determined and focused attitude which inspired the team throughout.

Special thanks to Coach Alex Pridmore for being such a consistent and supportive presence throughout the season and for the pick n mix.