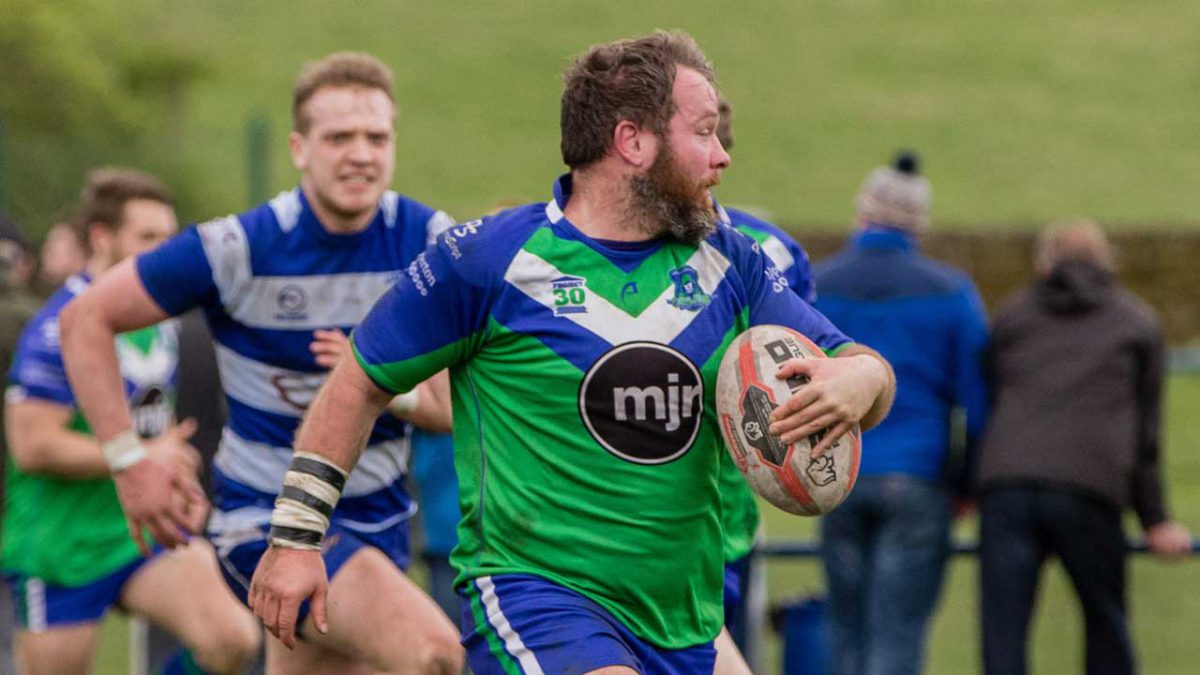 Nottingham Outlaws play their first home league game of the season on Saturday when they entertain Doncaster outfit Bentley at Highfields (2.30pm). Whilst the match marks the Outlaws first ever home game in the Yorkshire Premier Division it also marks a much bigger milestone, a club record 200th appearance by player coach George Strachan.

The nuggety second rower joined the club back in 2005 when he made his debut against Manchester Knights as a Trent student and the multi-talented player has been a club stalwart ever since.

Strachan hails from the Lancashire coast near Blackpool, having played club rugby union for Preston Grasshoppers in his formative years. However his all-action running style was far more suited to league and it is in the 13-a-side code that the club legend has made his mark.

Indeed, those who have taken a holiday in Blackpool are well aware that if you break a stick of Blackpool rock anywhere along its length you will see the words “Blackpool Rock” Likewise, cut George Strachan  in half and you read the words “Nottingham Outlaws”

Over the last 12 seasons Strachan has always led from the front, lifting his team with barnstorming runs, crunching defence and his trademark try scoring burst close to the line from the inside ball.

It was left to club chairman Richard Johnson to echo the thoughts of the club and its supporters on Strachan’s superb achievement commenting “George has been an Outlaws ever-present  since that first game back in 2005. With his peroxide-dyed blonde hair he didn’t look like a rugby league player when I first cast eyes on him. However from that first bone-crunching hit-up we knew we had a top quality player on our hands. Who would have thought twelve years later he would still be one of the lynch-pins in our pack”

The Outlaws Chairman was also keen to point out George’s contribution off the pitch, adding “not only has George been a great player on the pitch but has worked tirelessly for the club off it. His roles have included coaching the juniors, schools development, captain, committee member and now Head Coach. I would like to thank George for his commitment to the club and congratulate him on this fantastic milestone. I wish we had more like him”

Supporters are urged to come down to the match on Saturday to celebrate this fantastic achievement with one of the clubs finest ever players.