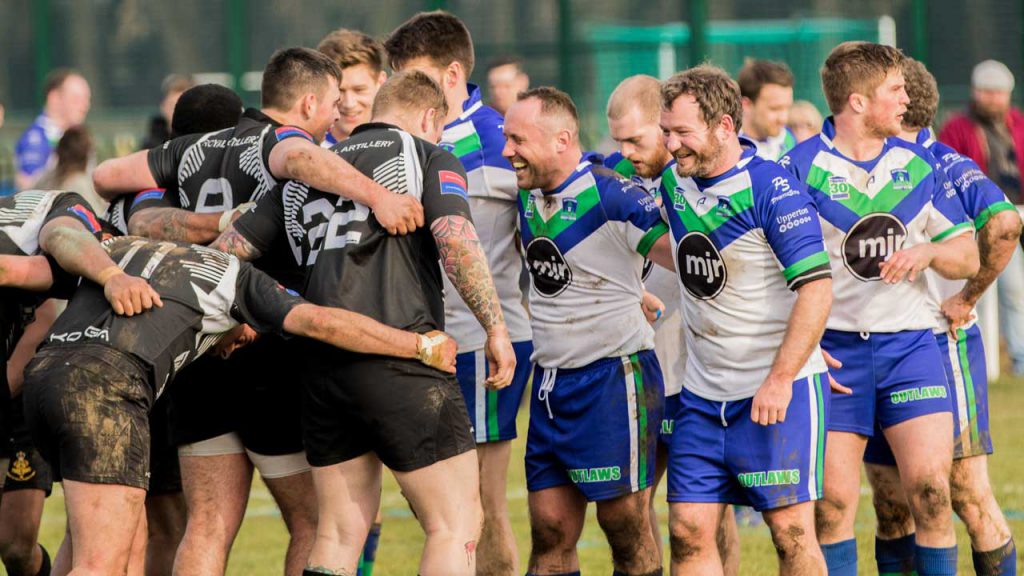 Nottingham Outlaws travel into the unknown on Saturday when they play their first league match of the 2017 campaign as new entrants in the Yorkshire Rugby League Premier Division.

The Outlaws have previously plyed their trade in the Southern conference, winning the title in 2015. However, following a major restructuring of the league they now find themselves in the top division of the Yorkshire League where they will find themselves coming up against some of the best known teams in the community game.

A quick look at the 2017 Premier League line up reveals that the Outlaws will be going toe to toe with the likes of Batley Boys, Queensbury and Sharlston Rovers, all teams embedded in the games heartlands and brimming with ex-professionals and top amateurs. Add in three of the top sides from the City of Hull and it is clear that the Outlaws will be facing a significant  test of their rugby league credentials.

Despite the jump in class, coach George Strachan was clearly relishing the challenge. Indeed he was full of enthusiasm when asked about the prospects for the forthcoming campaign, commenting “the opportunity to play in the Yorkshire League against teams from the heartlands is something that the club has been contemplating for some time. We are expecting a challenging season on the pitch. However we have no form guide against these teams so it will be exciting to see how we stack up”

The relatively close proximity of most of the teams means that the Outlaws travelling time will be cut down significantly, indeed the days of five hour journeys into Wales and the West Country will be replaced by much shorter journeys up the M1. Again Strachan saw this as an advantage, adding “we will be looking to our home games to get points on the board. Most of the teams in the division will not be used to travelling distances for games and I think we can use this to our advantage”

The prospects of mixing it with some of the games big boys has certainly increased interest and indeed, intensity during the pre-season campaign.

Three good wins in pre-season hit-outs culminated in a highly encouraging victory over The Royal Artillery in the Heroes Trophy last weekend. They were boosted in no small part by the emergence of some excellent new recruits including boom centre Nathan Hill who has already shown the home fans his try-scoring capabilities with four in the game against The Royal Signals and Ciaran Dean, a livewire half back who looked very sharp when he paired up with Alex Whittle in the play-making engine room.

Outlaws fans do not have long to wait to find out how the Outlaws will fare. The action starts this weekend as the Outlaws start their campaign with a trip up the M1 to play crack Yorkshire Outfit Siddal Academy in the first mouth-watering fixture!