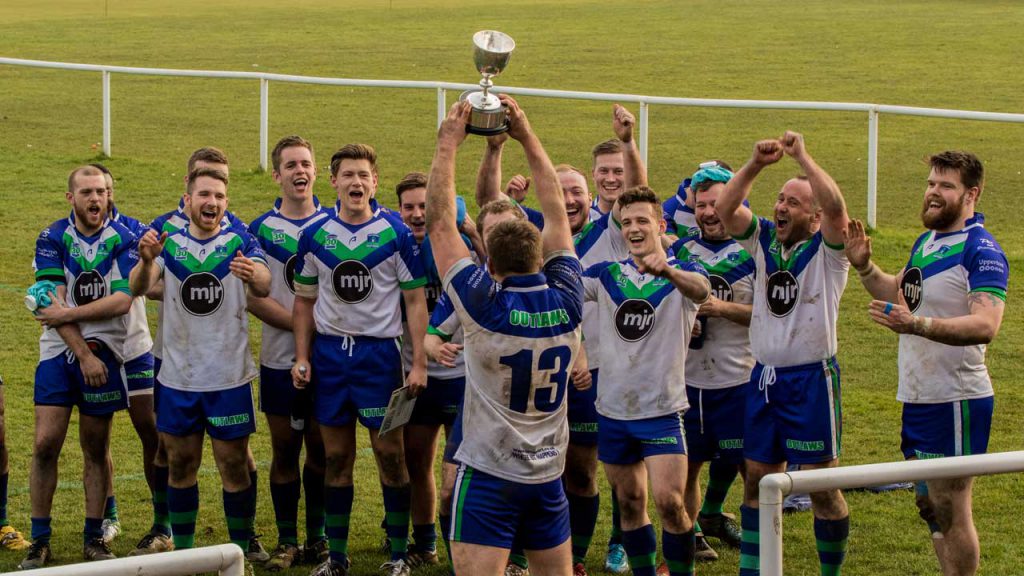 Nottingham Outlaws pre-season build up reaches something of a climax on Saturday when they entertain The Royal Artillery at Highfields (kick off 2.30pm) in the the annual Heroes Tropy series with the magnificent, solid silver cup at stake.

The superb trophy has spent the last 12 months in the Outlaws trophy cabinet after a stunning 44-16 victory against The Gunners last year, the biggest ever winning margin in the 7 year history of the trophy. However, in prior seasons there has never been more than one score between the two sides and coach George Strachan knows that the Artillery will be keen to exact some revenge, indeed they will be itching to take the silverware back to HQ with them them!
Whilst the players and supporters will be focussing on the trophy, the coaching staff will be focussing their attention on the squad as Strachan looks to gain as much information as he can on his charges before the season proper starts in two weeks time.
The pre-season has gone well for the Outlaws. A number of new recruits has certainly pepped-up the training and this enthusiasm has translated in two excellent pre-season victories against Halton Farnworth and The Royal Signals. However Saturdays game will no doubt be a step up in intensity, just what coach Strachan needs as he prepares his troops for what will be a real test of character in the Yorkshire Premier this season.
Indeed the wily coach is already mulling over a number of selection dilemas with regulars Prime, Campbell and Whittle all back in the mix after missing the Signals hit-out and Army International Tom Howley also itching to match up against his military counterparts.
As the squad entered into the final training sessions  before the match coach Strachan summed up his approach by saying “I am eagerly looking forward to seeing what the squad can do against the Artillery. I am picking a relatively limited squad in terms of numbers so how we deal with what will be a very physical challenge and use our possession will be critical.