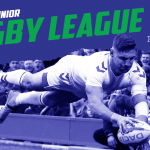 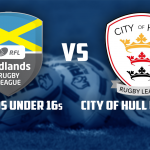 Midlands Under 16s entertain City of Hull Under 16s at Lenton Lane on Saturday 20th October.

Kick off is at 1pm and entry is free. 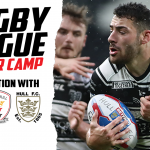 Nottingham Outlaws are excited to announce that on Thursday 30th August, in association with Hull FC, Hull Kingston Rovers and City fo Hull Academy, we will be running a Rugby League Summer Camp right here in Nottingham! END_OF_DOCUMENT_TOKEN_TO_BE_REPLACED

Support England’s World Cup campaign whilst supporting rugby league here in Nottingham this Wednesday, as England versus Croatia will be shown on the big screen from 7pm. END_OF_DOCUMENT_TOKEN_TO_BE_REPLACED 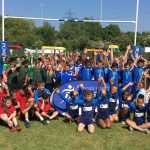 The inaugural Nottingham City Primary Schools Tag Rugby League festival was held at Lenton Lane on 23rd May and provided an afternoon of fast and furious action played out in glorious May sunshine. END_OF_DOCUMENT_TOKEN_TO_BE_REPLACED 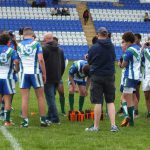 After a somewhat sluggish start as the players became acquainted with one another, Nottinghamshire’s finest went through the gears as the game wore on and eventually secured a narrow victory  against a determined and skillful Ravens side.

The coaches were left purring on the sideline as the players executed many of the moves which have been finely honed on the training pitch over the course of the last few months.

After the game Outlaws head coach, Adam Cunliffe, commented “There was some really good rugby played by both teams, but for me it was most pleasing to see the moves we’ve worked on in training coming off.

“I was also impressed with how the Outlaws and Sherwood lads integrated with unfamiliar players, and started communicating brilliantly with each other.”

Both sets of players deserve a huge amount of credit for playing such an entertaining game and special thanks should go to the Outlaws and Wolfhunt coaches, Adam, Ben and Glen, as well as to Jason Spafford and the players and spectators who the made the journey up from Worcestershire. 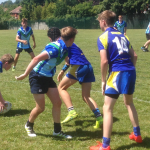 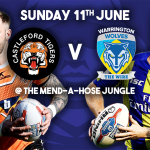 Nottingham Outlaws are running a club trip to Castleford Tigers on Sunday June 11th for the Super League match against Warrington Wolves. END_OF_DOCUMENT_TOKEN_TO_BE_REPLACED 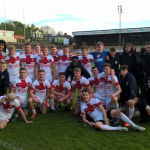 Former Junior Outlaw Lewis Peachey made his debut for England Under 16s against France at Castleford Tigers’ Mend-a-Hose Jungle on Tuesday evening. END_OF_DOCUMENT_TOKEN_TO_BE_REPLACED