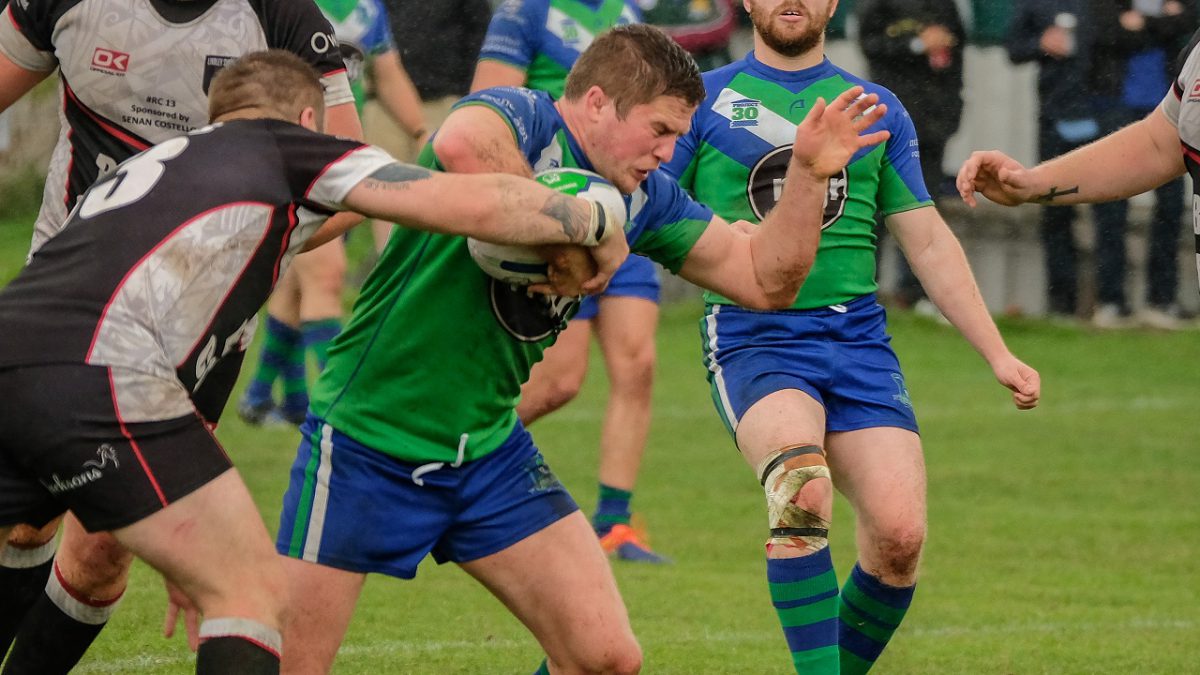 Nottingham Outlaws failed to make a coveted top four spot when they crashed to a disappointing 24-16 home defeat to play-off rivals Lindley Swifts on Saturday. For the second home match in a row the Outlaws found themselves chasing the game after a poor start to both half’s and once again they ran out of time despite making a late comeback.

Going into the game the Outlaws coaching staff were forced into making a number of changes to the side that under-performed in the disappointing home defeat against Siddal two weeks ago. The changes started in the threequarters with Oliver McKeag, Ollie Perry and Matt Horner all returning to the side to form a new look threequarters combination.

There were more changes in the pack too with James Hague, Jack Elliot and James Hood all coming into the starting six. There was however some continuity in the ball playing roles with regulars Cunliffe and Whittle in the halves and rookie Aidan Foster retaining the number nine shirt. Meanwhile on the bench the coaches went for size as four forwards were named including Mike Stewart and Conor Foulkes who had both been missing in recent weeks.

In almost identical fashion to the last home game the Outlaws leaked an early try. The trouble started when they lost the ball from the kick off and from the resultant set Lindley opened their account  when some poor tackling saw them force their way over from short range to make it 6-0 to the visitors. Indeed it looked like it would be 12-0 minutes later when the Lindley winger broke clear and set off on a foot race to the line, but a magnificent chasing tackle by Adam Cunliffe hauled him down inches from the line!

The near miss by Lindley  proved something of a wake up call to the Outlaws who went straight on the attack. Indeed they had two or three excellent opportunities to draw level but some sloppy handling saw the ball go to ground on numerous occasions. However they finally got their rewards on the twenty minute mark when good hands saw winger Matt Horner scoot in at the corner for a well taken try. Dean added the extras with an excellent kick from the touchline to level the game at 6-6.

It seemed like the Outlaws had finally got the measure of their opponents but too many errors early in the tackle count saw them lose momentum when it looked like they could go on and get something from the game. In response, Lindley contunued to pose a threat and with half time approaching the visitors went back into the lead with two quick-fire try’s. First the Outlaws leaked a try from a short range effort, Lindley forcing their way over from a tap penalty against some lackluster Outlaws defending and then, two minutes later more weak defence saw Lindley waltz over  to stretch their lead to two clear scores at 18-6 to the visitors

When the half time whistle finally blew the Outlaws found themselves chasing the game for the second home match in a row. Some weak defending on their line hadn’t helped their cause so in attempt to stiffen up the tackling the coaches turned to big Mike Stewart and Conor Foulkes who both entered the fray from the bench.

It was important that the Outlaws made a good start to the second half but they did the exact opposite! Indeed with the second stanza only six minutes old, the Outlaws knocked on from an innocuous looking kick and from the resulting set Lindley stretched their lead to 24-6 and it looked like game set and match at that point!

To their credit the Outlaws finally rallied but their cause was now being hampered by the persistent rain that was making handling increasingly difficult and whenever they began to exert any sort of pressure on the visitors they lost possession and the momentum had gone.

As the clock ticked down the Outlaws play began to get more frantic but finally their efforts began to pay off and a well deserved try by James Hague and another from Alex Whittle seemed like the Outlaws might get back into contention. At 16-24 with ten minutes to go it seemed like the momentum was well and truly in the Outlaws favour but they could not add to the score and finally time ran out on the Outlaws season as the referee drew proceedings to a close.

Despite the defeat several players were in with a shout to take the man of the match award. Once again James Hague showed he has plenty of promise for the future with another excellent all round performance but it was Oliver Dale who took the bubbly with another captains knock in the middle of the pitch against a big Lindley pack

The defeat means the Outlaws season has now come to an early end. A a promising mid season run had seen them set to make the top four, but a late season drop in form saw them slip away and two home defeats in a row means they are now free to focus on next seasons campaign!