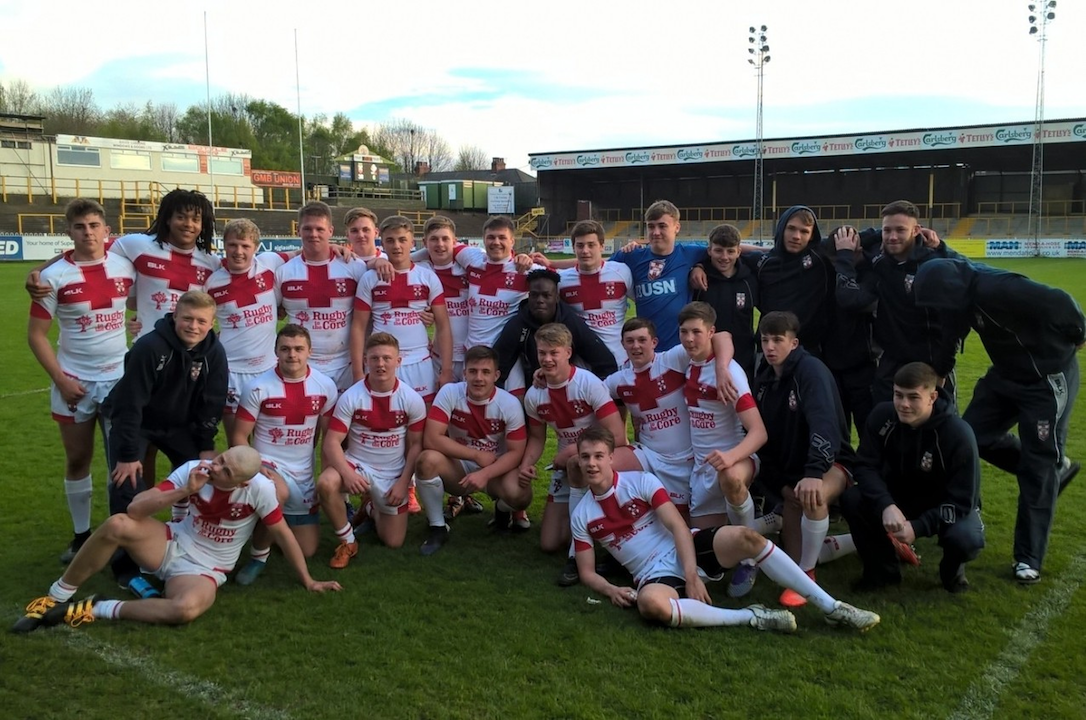 Former Junior Outlaw Lewis Peachey made his debut for England Under 16s against France at Castleford Tigers’ Mend-a-Hose Jungle on Tuesday evening.

The powerful England team were too strong for the French, eventually running out 38-6 victors in a dominant display.

Whilst playing for the Outlaws Juniors, Lewis (pictured back row, first from left) was snapped up by Castleford Tigers for their scholarship programme after impressing at their junior player development centres.

Since then, the powerful running back-rower has developed in leaps and bounds, resulting in his selection for the England Youth programme.

Junior Outlaws Chairman Tony Costante is delighted to see the progress made by Lewis, commenting “Lewis is a great lad with a terrific attitude, and it’s brilliant to see him doing so well with both Castleford and England.

“Everyone at the Outlaws wishes him continued success and looks forward to following his future progress.”