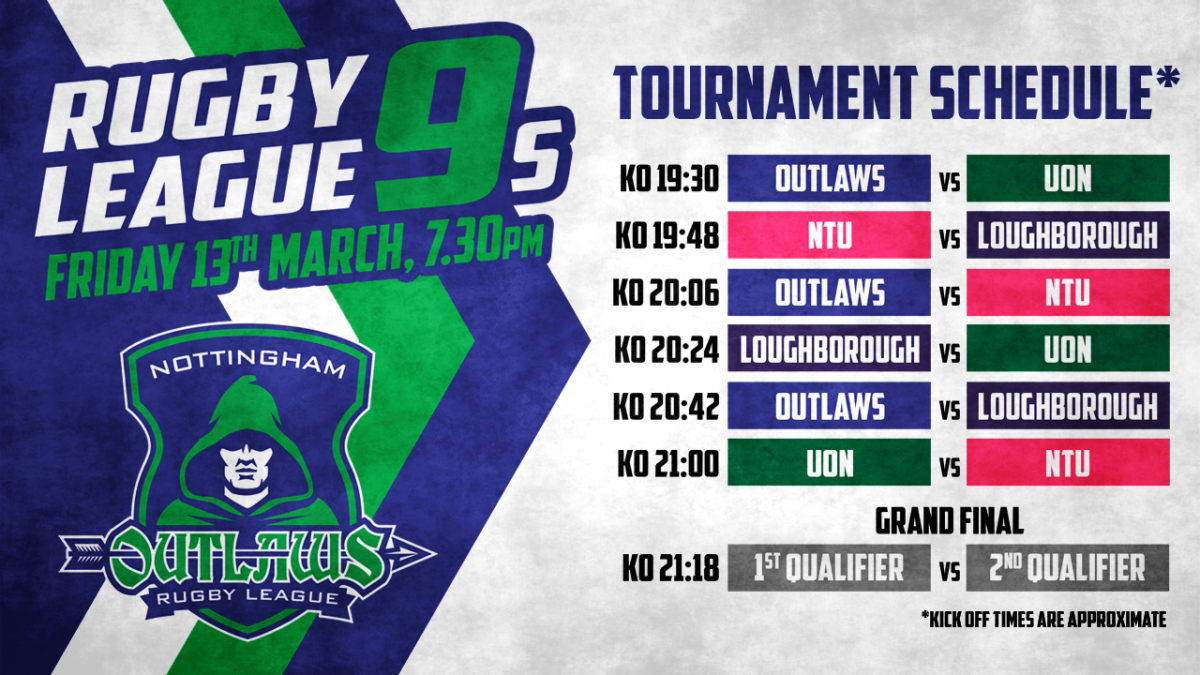 The schedule for next Friday’s Nottingham 9s at Lenton Lane has been confirmed.Outlaws will kick off the tournament against the University of Nottingham in Game 1, followed by Loughborough Students taking on Nottingham Trent University in Game 2. The pool games will then continue in a round robin format, culminating in a clash between UoN and NTU, in what will be a forerunner to the annual Varsity match taking place in May. At the culmination of the pool fixtures, the top 2 placed teams will then contest the Grand Final, with the winners crowned champions.

Each match will consist of two equal halves of 7 minutes, with a half-time period of 2 minutes in all matches. In the event of the Grand Final ending with the scores equal after regular time, a period of ‘Extra Time – Golden Try’ will be played. Full Time shall be called immediately after a try has been awarded.

The action kicks off next Friday 13th March at 7.30pm at Lenton Lane. Spectator entry is just £3 (free for club members).